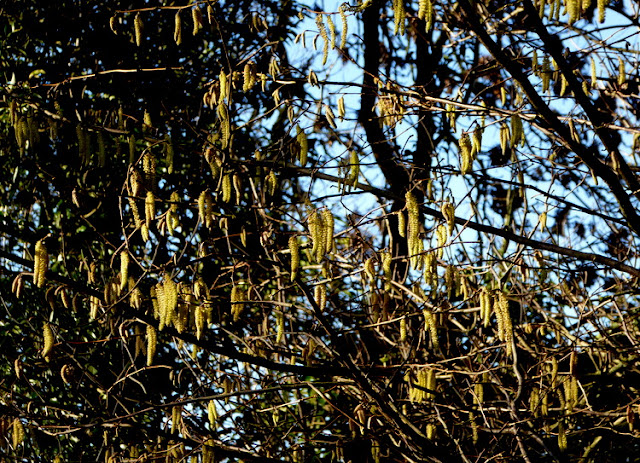 March came in like a lion - the winds roared and blew for days on end  as though they would never stop - rumbling round the house and straining at the walls.  Trees bent and swayed, branches snapped and littered the roads and early blossom scattered like snowflakes.  When we had decided that enough was enough the wind ceased and the days became warm and still; almost like summer but with a chill on the wind.

The snowdrops little lantern flowers began to fade and the crocus emerged and opened their faces to the sun but because of the warmer weather the season seemed to be moving along too fast and the once cold earth began to warm up earlier than it should giving us all hope that spring had truly arrived; but there were still early morning frosts and mists over the fields - Mother Nature can be deceptive and cunning, but true to form at the end of the month she went out like a lamb just like the rhyme says.
at April 01, 2019

elaine
Leicestershire, United Kingdom
I am a day dreamer and romantic. I like to write stories and poetry, read a good book, and tend my garden. I live deep in the heart of the countryside and love being surrounded by all that nature has to offer. My camera and journal are never far from my side as I try to record each and every moment of what is important to me.

The mind I love must have wild places, a tangled orchard where dark damsons drop in the heavy grass, an overgrown little wood ... a pool that nobody's fathomed the depth of, and paths threaded with flowers planted by the mind. ~ Katherine Mansfield